The Facts Of USB And USB Cables 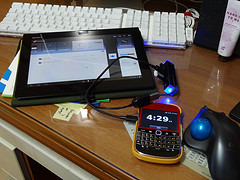 However, there was a problem: a regular computer has only 1 or 2 serial ports and one parallel port. This extremely limited the number of computer peripherals that could be attached to a single computer. Thus, if a user wanted to connect a scanner, a joystick, and  printer,  they might require the use of every port installed on their computer. Since these ports also need the computer to be powered off before any connections can be made or broken, switching peripherals was inconvenient. Even more problematic was that the data transmission speed between these devices and the computer was prohibitively slow for any but the oldest devices.

The first USB version introduced is called USB 1.1, and transmits data at the rate of 12 Mbps. Later, USB 2.0 was released, a product of the joint effort of leading computer and electronic companies like Hewlett-Packard, Microsoft, Intel,  Apple Computer, and Lucent. It allows file transfer speeds of up to 480 Mbps, 40 times faster its predecessor, while maintaining backward compatibility with USB 1.1 devices. This has generated significantly increased efficiency in terms of information uploading and downloading.

Newer computer peripherals use USB connectivity as the industry standard. Nearly every newer device is built for USB 2.0, though devices with 1.1 USB are still mostly in use. Rather than increase the complexity of connecting devices to a computer, both versions use the same type of USB cable. When a consumer buys a  standard USB device, the USB cable is normally included. The USB cable is the tool that connects the device to the computer in order for it to function.

A standard USB cable has different plugs on each end, known as the A plug and the B plug. It is easy to differentiate between these plugs: the A plug is flat overall, and rectangular in shape, while the B plug is usually square shaped. The A plug is the end that is inserted to the USB port of the computer, while the B plug is the end reserved to link to the different devices. There are few devices which use and require specialized B plugs, usually due to size constraints that prevent them from accommodating the larger standard plug. Plugging in a USB cable is simple, as the plugs will not fit in the wrong slots.

USB cable receives and transmits data, which needs the conduction of electricity. Since many devices depend upon this cable for their power source as well, two additional wires are included to supply this power. There are 2 wires (twisted) inside the USB cable for data lines, and 2 more wires (untwisted) for power. The first wire (red) carries 5 volts, while the other wire (black) is for the ground.

It is also possible to purchase an individual USB cable. While they can be used to connect two computers, a special adapter is needed to do this in order to prevent damage from happening. The USB standard prohibits using A/A USB cable since if it is used to connect two computers, both machines will attempt to provide the 5 volt power, causing an array of problems within their power supplies.

The USB and USB cable work hand in hand to make modern devices functional and fast. Every computer user should take the necessary measures to ensure this system is properly safeguarded and maintained so that it will provide a long life of convenience and speed.